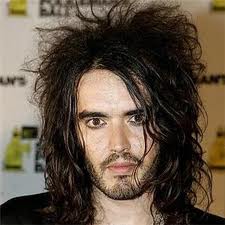 Russell Brand apparently had enough of the paparazzi this week or more specifically one paparazzi, going ape sh*t on a pushy photog at Los Angeles International Airport.

The British comedian was passing through security with fiance Katy Perry when he allegedly began pushing the paparazzi, then hit him. Another photographer then made a citizen’s arrest against Brand, until eventually the LAPD took charge of the situation and charged Russell with battery.

Here’s the statement released by the LAX police:

“About 1:50 PM… Los Angeles Airport Police responded to Terminal 5 to a report of a battery involving a celebrity and a commercial photographer (paparazzi),” adding, “The victim involved placed the suspect (Russell Brand) under private person’s arrest,” while continuing, “Airport Police took the suspect into custody for Penal Code Section 242 – battery. He will be booked at the LAPD Pacific Division station.”

Katy took to Twitter after the incident and defended Brand who she says was standing up for her protection:

“If you cross the line & try an put a lens up my dress, my fiancé will do his job & protect me. #standbyyourman #don’tfuckwiththeBrands.”

Good for you Katy.