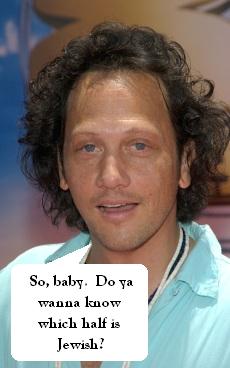 Former SNL star Rob Schneider has publicly (or as he would say, pubicly) announced that he will never work with Jew-haterÂ & drunkypantsÂ Mel Gibson.Â  Which is most odd, since IÂ feel more people would want to work with anti-Semite Gibson than the Deuce Bigalow: Male Gigolo Schneider.Â  I’m not even sure Mel would agree to that anyhoo.

Rob took out an ad Variety, I’m a little surprised he had enough money for that, slamming Gibson for his behavior in a little something he wrote calledÂ “An Open Letter to the Hollywood Community.”Â  Here’s Rob now, enjoy. 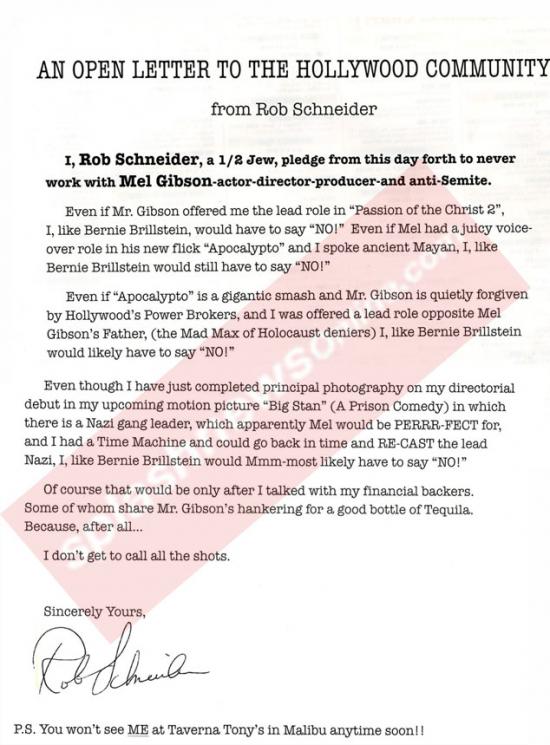