“Rihanna had half her costume missing!” became the running joke since the R&B star’s pre-Super Bowl performance last Thursday. Always the one to challenge fashion rules, the 21-year-old performed a medley of hits at the Pepsi Super Bowl Fan Jam 2010 wearing a one-shoulder, one-leg cat suit with white trimming, accessorized with fishnet stockings and black gloves. 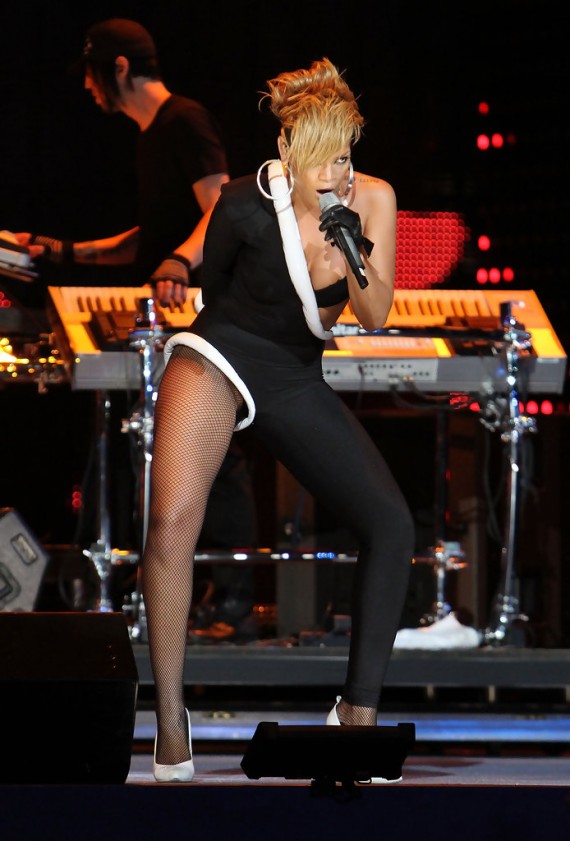 Her outfit was designed by stylists Mariel Haenn and Rob Zangardi, who have helped Rihanna with other ensembles in the past. Other performers at the pre-Super Bowl event in Miami Beach were Justin Bieber, Young Jeezy, and Timbaland, but Rihanna soon stole the spotlight when she performed a number of songs from her recent album, Rated R, including “Rude Boy” and “Russian Roulette.”

Check out her live medley here. Just don’t get too distracted by her hot outfit.