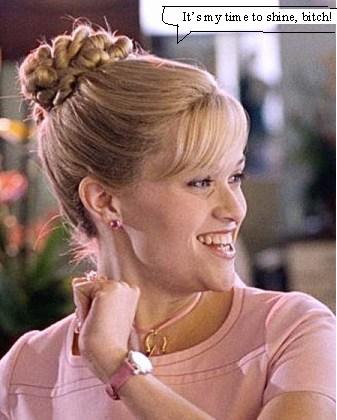 Reese Witherspoon, 29, has surpassed big-mouth Roberts, 38, to become the highest paid actress of all time.Â

The Walk The Line chin-prone starlet will earn $29 million for the upcoming horror film Our Family Trouble– beating the $24 million Julia Roberts was paid for Mona Lisa Smile– why, oh why did they do that movie?

Interestingly, these two top women are both from the southern states; WitherspoonÂ hails from New Orleans while Roberts claims small town Smyrna,Â Georgia as her home.Â  Which just goes to show you that the South may have lost the Civil War, but they’ve clearly won the battle to produce the most appealing females celebrities.Â

Another tidÂ bit regarding Reese that was in the news today- the body of the paparazzo that harassed Mrs. WitherspoonÂ last September has been positively identified, no one felt that a negative identity was appropriate at this time, by the Los Angeles County Coroner’s Office.Â

An issue forÂ 44-year-old photographer Todd Kevin Wallace’sÂ arrest was issued in December after he failed to show up for a bail hearing relating to charges in the Witherspoon incident.Â  In September he became angry and threatening when Reese and her friends declined to be photographed while at a children’s amusement park.Â  He reportedlyÂ struck a five-year-old girl and shoved two park employees whileÂ underÂ the spell of aggression andÂ disappointment.

Lesson to be learned- don’t mess with theÂ Reese,Â ’cause you might end up sleeping with the fishes, biting the dust,Â kicking the bucket, buying the farm, paying the piper or just plain whacked.Â