.
You are here: Home / TV / Real Housewives Get Into Scuffle At Their Own OC Wrap Party 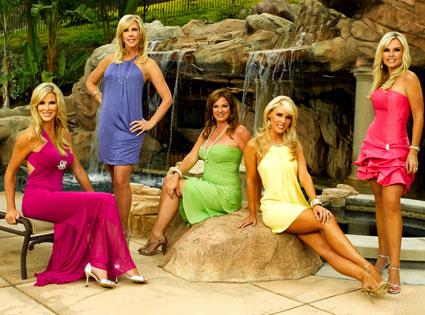 Another source however says Jeana provoked the fight when she talked to the press about Tamra.

“@TamraBarney to hear you threw a drink in @jeanakeough’s face makes me sick- she called me in tears- can’t believe I considered you a friend.”

To which Tamra tweeted the following response:

“Think twice jeana keough when you try to throw me in a pool cuz you talk smack. MIND YOUR OWN BUSINESS!”.

Just another day on the set of Real Housewives Of Orange County.