.
You are here: Home / Celebrities / Read This If You Think Oksana Grigorieva Was Just In It For The Money 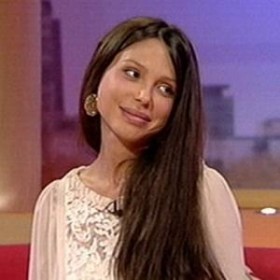 Oksana Grigorieva cost herself $15 million when tapes of Mel Gibson ranting about [email protected] and Wetbacks began popping up over the last several weeks.

TMZ has learned that Mel’s lawyers offered his ex-girlfriend and mother of his child $15 million to destroy the secret tapes, an offer she first agreed to then backed away from before making the contract official

The $15 million package included child support, a house and various other assets.

While the package didn’t name the tapes directly, it did ask that all “evidence” be destroyed and facts about their relationship be kept quite.

It’s also reported that Mel’s lawyers heard part but not all of the tapes in question, which led to their decision to offer a nice compensation package.

While both Mel and Oksana signed a “short form agreement” the full contract with all of its stipulations didn’t please Oksana and she backed away from the deal.

Oksana was paid nothing since the short form contract didn’t spell out payment terms and she wouldn’t sign the longer contract.