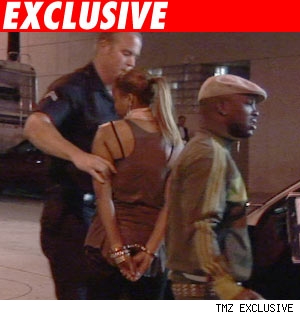 TMZ was luckily at the scene & reports that after the police arrived, Eve was placed in handcuffs & taken away.Â  There were two passengers in the car that appeared unhurt.