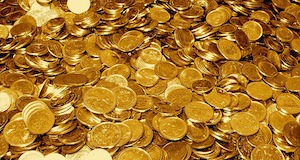 Uh oh. Liar liar pants on fire. Rachel Uchitel claimed she wasn’t the one had an affair with David Boreanaz – and she might have even said she wasn’t trying to extort him through her lawyer. Newly leaked text messages supposedly from Uchitel to Boreanaz suggest otherwise, at least re the affair. They apparently had serious arguments with each other via text messages. (Hey my wife does it to me, too, and they go on for hours, sometimes days.)

One of Rachel Itchypuss’ complaints to Boreanaz is that she’s lonely and apparently she wanted him to spend more time with her, which he wouldn’t do, aside from some three-day hookup that they apparently flew out of La Guardia airport for, last year. What’s really interesting is that the supposed affair happened BEFORE Itchypuss’ affair with Tiger Woods. I’m guessing she figured Boreanaz didn’t have enough money to be worth blackmailing, at least back then.

Well maybe Itchypuss is not so lonely now. A $10M payout from Tiger kind of masks the pain, no?. But David, dude, I’m so disappointed in you. You used to be a cool cat but how could you cheat on your beautiful wife Jaime Bergman, especially when was pregnant with your child? If you couldn’t keep it in your pants, couldn’t you have picked someone more attractive and less gold-digging? At least Michelle McGee hasn’t tried to extort Jesse James or Sandra Bullock.