.
You are here: Home / American Idol / Quote of the Day: Sanjaya Malakar on Not Being Gay 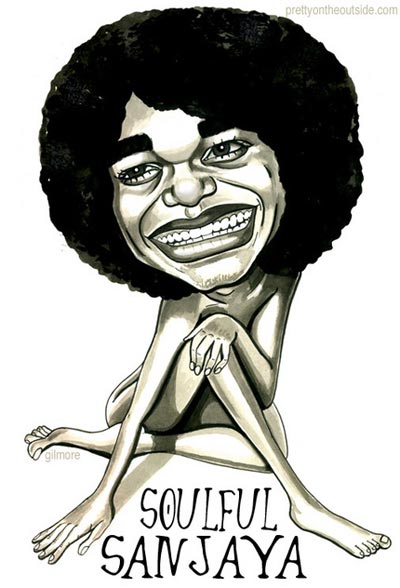 So, umm, anyone else surprised about this news?Â  Apparently Sanjaya Malakar is not gay,Â much to theÂ disappointment of the awaiting gay population.

The “American Idol” reject has revealed to People magazine that he has never been interested inÂ men, but has alwaysÂ had a strong interest in women.

SanjayaÂ says it best, so here he is:Â  “I’ve always gotten along with girls better because I was raised by women.”

“I got teased in school because people figured I must be gay because I understand women.”

“I think that’s why guys didn’t like me â€“ because I got along with girls so well. When I went up to girls they would give me a hug and a kiss on the cheek like I was their gay friend. But I was the straight guy that understood them.”

Hmmm, it looks like, to me, that ole Sanjaya is just milking his 15 minutes, wouldn’t you say?