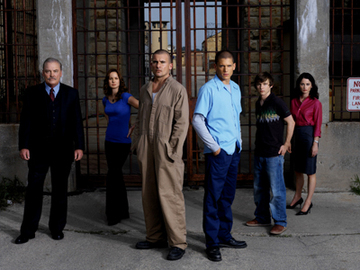 Prison Break stars Wentworth Miller & Rockmond Dunbar have slammed the cast of Lost.Â  The cast members of ABC’s hit series complained recently about poor filming conditions.Â  Apparently living it up on a private island in Hawaii just isn’t doing it for the crew.

Dunbar, who plays C-Note in the Fox drama Prison Break, insists the stars on the beach show have nothing to whine about.

“They’re in Hawaii, filing the greatest show in beautiful weather, and then you hear one of them complain about isolation?Â  Dude, try filming in Chicago in the middle of winter!”

I’m left thinking a few things:Â  Maybe he didn’t hear about the whole levy situation in Hawaii and who even says dude anymore?Â  But, I hear him loud and clear.Â  I’d like to hear myself complain while living it large on those beautiful shores, instead of complaining here in my office chair all day.