.
You are here: Home / TV / President Obama ‘The View’ Telecast Is Most Watched Ever! 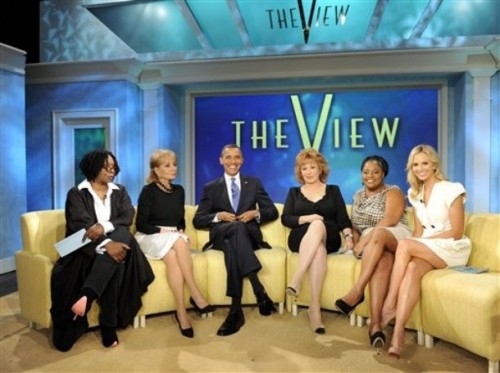 President Barack Obama appeared on female gab fest The View this past Thursday and we’ve come to learn that it was the most watched telecast of all time.

Obama talked to the ladies about everything from the very serious Gulf Oil Spill to less tragic fare including Justin Bieber and Snooki of Jersey Shore Fame.