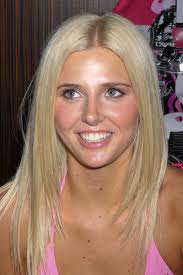 Playboy playmate Karissa Shannon has confirmed to RadarOnline.com that she and The Hills star Heidi Montag made a sex tape together in the past and that Spencer Pratt stole her camera which contained the tape.

According to PopEater Shannon says the tape is of just her and Montag:

Pratt is in the process of selling sex taps he made with his his Heidi Montag to adult entertainment company Vivid Entertainment, the same company that debuted the Kim Kardashian and Kendra Wilkinson tapes.

Shannon has been repeatedly going after Pratt for stealing the tape:

“Me and Heidi were hanging out at her house in Malibu and he came over to pick up some stuff and he ‘accidentally’ took my camera. I talk to Heidi every single day and I tried to be there for her when she was going through her divorce, but now it’s starting to affect my life. Spencer had no right to steal my camera. There are other things on there that I don’t want to come out, including the video of me and Heidi,” she told RadarOnline.com.

While Shannon has said she will “sue the pant off” Pratt if he released the tape, she also released this less than serious statement:

“I don’t know, I just wish I’d done it [the sex tape] with Lindsay Lohan. At least it wouldn’t be on the market right now!”

Would you watch the tape? Montag and Pratt drive me crazy with disgust, so I’ll count myself out.