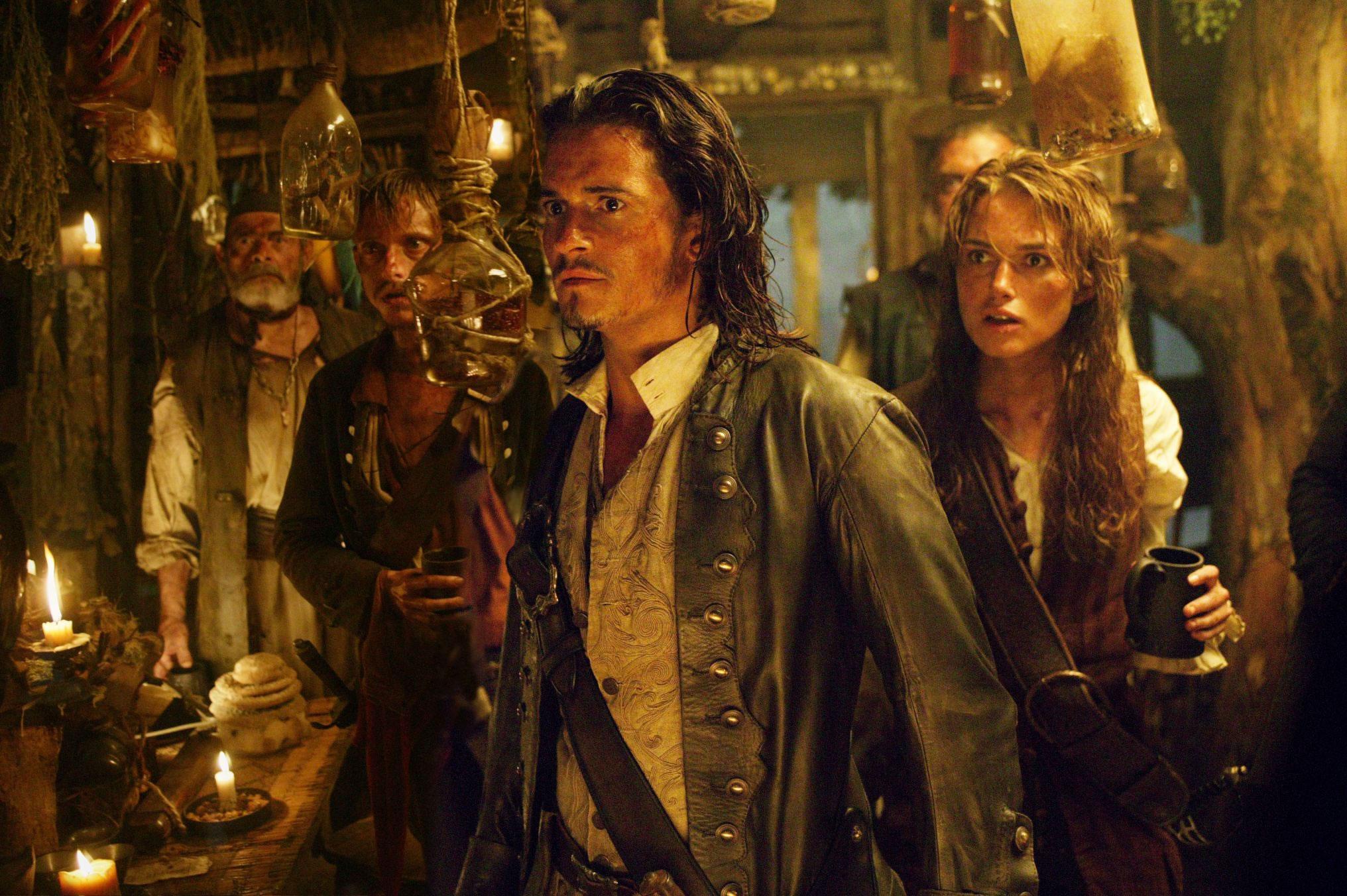 Producer Jerry Bruckheimer says, “Every day something breaks down. We had a storm in the Caribbean. We built this tank and the sand came in and we had to re-dig it and put a retaining wall in.

“But things like that happen on a daily basis: a ship won’t be ready on time, an actor gets sick and he couldn’t fly from England. It’s just part of it being a big movie.”

Sounds like the work of bloody ghost pirates to me.