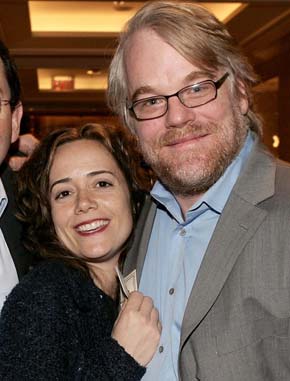 Adding to the long list of Hollywood celebs that are sporting a pregnant belly, Philip Seymour Hoffman & his longtime girlfriend Mimi O’Donnell are expecting their second child together.Â

O’Donnell is four months along & dueÂ in November which will make their three-year-old son Cooper a big brother.Â

The couple met in 1999 when O’Donnell was managing costume design for the play In Arabia We’d All Be Kings, which Hoffman was directing & they’ve been together ever since.Â  And what an adorable couple they are.Â

Wow.Â  I’m not sure I’m going to be able to keep up with all the stars that have gone belly up pregs!