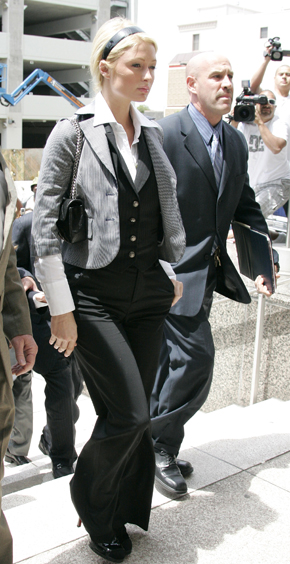 Wow.Â  Who would have thought that hotel heiress Paris HiltonÂ would really face jail time for driving with a suspended license?Â  This should be an interesting experience.Â Â  I wonder if Martha Stewart has any words of wisdom for the club-hopping blonde?

But it looks like Paris isn’t going to go down to her 45-day jail sentence without somewhat of a fight, telling the paparazzi Saturday, “I told the truth yesterday. I feel that I was treated unfairly.

“I don’t deserve this,” Paris ended.

I dunno.Â  What do you think, folks?Â  Does Paris Hilton deserve to go to jail after driving on a suspended license?