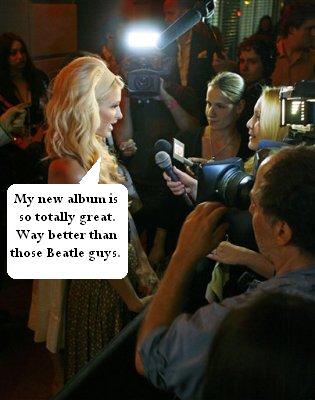 Paris insists that her new disc is the best thing since sliced bread & that she can’t believe it’s being embraced in the club scene.

“People love it. Everyone’s like, ‘Who is this?’ I don’t tell. Because I don’t want someone putting their phone up and recording it and making a ring tone off of it.