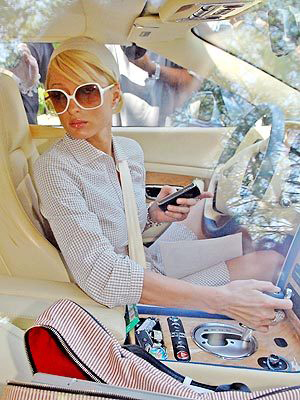 Socialite & soon to beÂ jailbird Paris Hilton is so devastated that she cannot even go to court, according to her therapist Dr.Â Charles Sophy.Â  Sophy recently filed a declaration stating that good ole Paris isÂ â€œnot capable of any meaningful participation” in a trial.

The good doctor claims that Hilton isÂ “emotionally distraught and traumatized” due to her pending 45-day jail sentence & is asking some time to be granted for his client in order for her to recover.Â

Sophy reveals that Paris, “Cannot effectively respond to examination as a witness or provide any significant input into her defense.”

He says that by asking Paris to be ready for trial May 21 would “exacerbate her current mental condition.”Â  So the judge for Hilton’s case was too kind to postpone the date until August 22.

I bet Paris just had a really killer party she didn’t want to miss…..