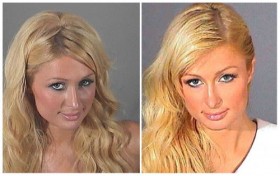 It’s being reported by the Associated Press that Paris Hilton was arrested for the second time in an many weeks for marijuana possession. Customs officials found the pot in Paris’ handbag.

Hilton, 29, was arriving at Figari airport in Corsica on a private jet from Paris when airport officials discovered the marijuana. Paris was said to have less than a gram and was released within 30 minutes. While she was taken to a police station, she’s famous and has money and therefore was released with no charges pressed.

“Ms Hilton was taken aside as she landed at Figari. She was searched in a secure area of the airport police station and an amount of cannabis that weighed less than a gram, was found in her handbag. Due to the small amount of the substance, she was cautioned to not travel with drugs then released within an hour with no criminal charges. The drug was confiscated and destroyed.”

Paris’ last arrest for marijuana possession was two weeks ago during a World Cup match in South Africa.