.
You are here: Home / Celebrities / Nicole Kidman / Once Again, I Called It With A Celeb. Nicole Kidman, I Own Your Face 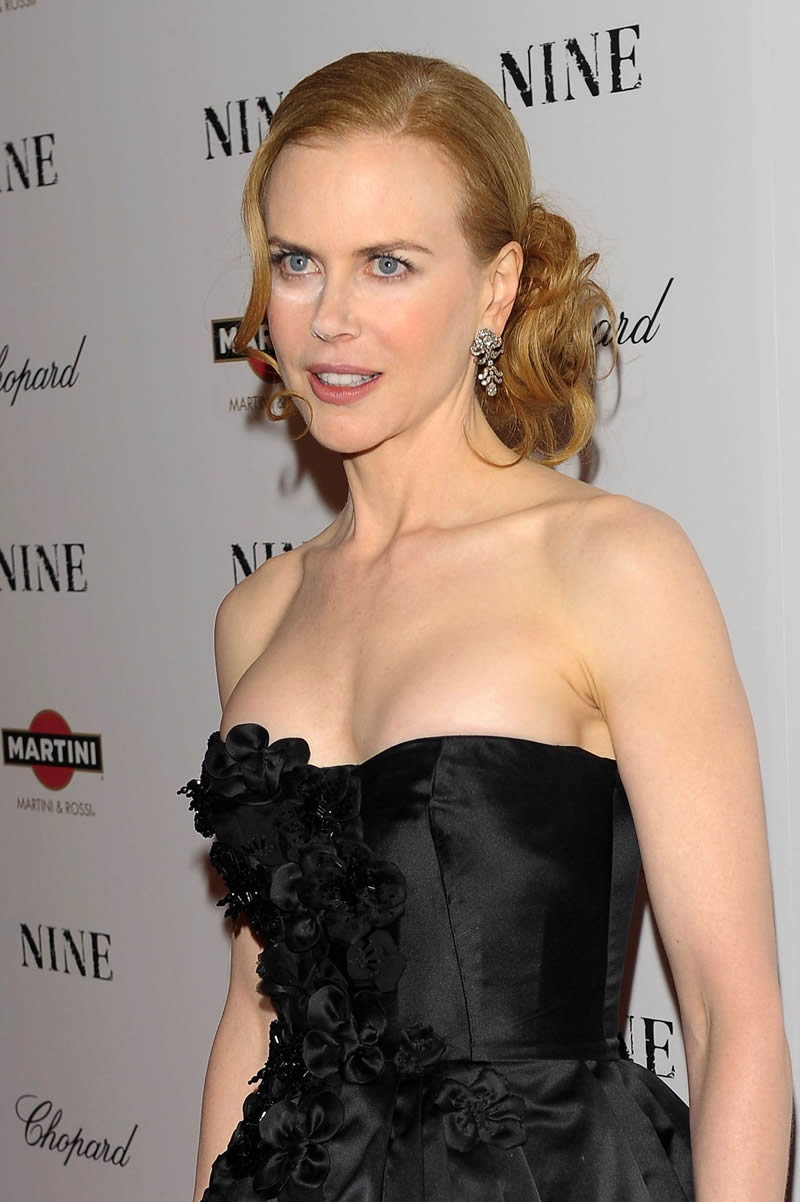 Here is what I said last week about Kidman:

I know Iâ€™m talking early-mid 90s type of stuff here, but Nicole Kidman was definitely marriage material back in the day and you could definitely see why the Midget (Tom Cruise) put the ring on the finger. However, now she is just a ghost (oooooo did you catch that innuendo) of her former self.

You honestly canâ€™t tell me she doesnâ€™t look as if she could be married to the Joker in these pics. Penelope Cruz? Hot. Kate Hudson? Boyish chest, but hot. Even Dame Judy Dench pulls it off nicely. Kidman canâ€™t even keep up with a woman that is 105 years older than her, something is wrong with that.

When I saw this pic I figured it was just bad lighting and I was going to give her the benefit of the doubt. Then I saw more pics and I couldn’t let this one slide. You pulled a Joker job on us again Nicole. Even The Superficial took my line last week and agrees. It’s okay to have a mishap from time to time, but this is back-to-back weeks. Completely unacceptable.

I’m not even sure that is makeup that we are seeing. I think some guy in the limo stuffed a bunch of nose candy in his pants and while she was getting ready to sneeze, her face landed in his lap which just happened to have an open zipper and her face was covered in snow blow.

Because of this she became so high that she didn’t even bother to check the mirror to make sure she was ready for the lights and cameras of the red carpet.

You can’t quit Scientology, it quits you.