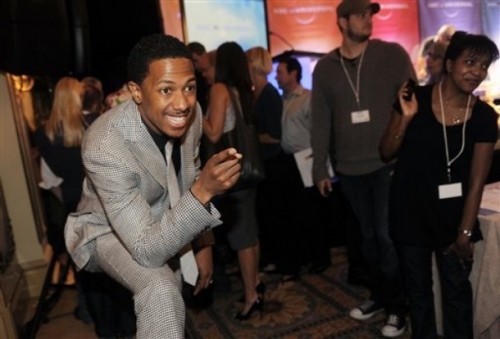 Nick Cannon wants to have two parties for his 30th birthday, one in Los Angeles and one in New York and to foot the bill The New York Post’s Page Six has discovered that Cannon and wife Mariah Carey are looking for sponsors!

Cannon’s reps have been spotted sending out mass emails to corporations to solicit sponsorship. The event is expected to draw big names including Beyonce, Jay-Z, Ashton Kutcher and Demi Moore among many other big industry names.

“This is an extremely exciting opportunity to sponsor a fun and lavish event? opportunities range from gift bags and signage to tweets and photo ops.”

For the low price of just $2,500 a sponsor will get a feature in the gift bag being given to all guests in attendance, while a $15,000 donation will guarantee “one Tweet” for the company sponsoring the event, they’ll also get a “mention in all public relations materials.”

If your company has deeper pockets, for $25,000 a company can become the official “Host Sponsor,” which brings with it “three Tweets,” a “right to service out photos,” and a “logo on all collateral.”

In other news, I’m offering $500 “Host Sponsor” titles for my birthday, in attendance will be my wife, my puppy and my cat. I’ll also send out 50 Tweets and take photos.