.
You are here: Home / Mischief & Mayhem / New Lindsay Lohan Mugshot. She Could Have At Least Smiled 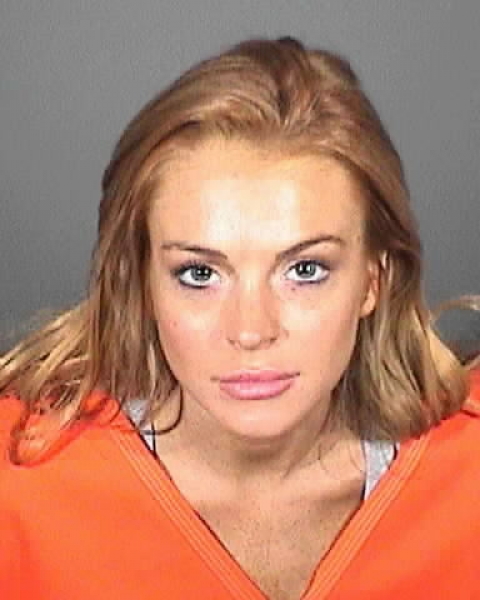 Check out the mugshot of Lindsay Lohan shown above, in the past she had smiled for her police provided photo, but this time it’s clear that she’s not happy to be heading back to jail after failing several drug tests while on probation.

Hey at least her new hair matches the color of her jumpsuit.

Lohan was taken out of a Beverly Hills courtroom on Friday morning in Handcuffs after Judge Fox ordered her behind bars until her probation hearing is completed on October 22nd.

For all you Lohan fans out there hoping for her release, while over crowding is a reality, L.A. County Sheriff’s spokesman Steve Whitmore said today that only another order from Judge Fox would see her released and I doubt that will happen given Fox’s unwillingness to give celebrity’s a break (good for you Judge Fox!).

Here’s a much more smiley mugshot from Lohan’s recent past: 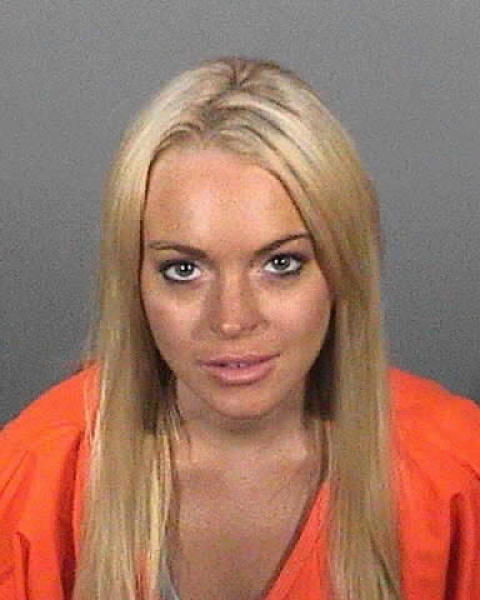