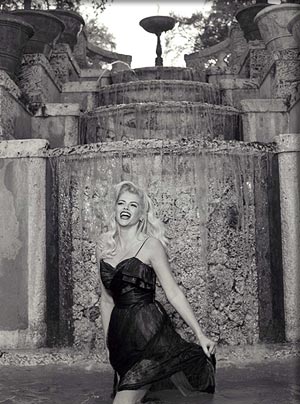 To those of us who have had the endurance to follow theÂ much-publicized death of Anna Nicole Smith, I salute us.Â  Today, we have some new, although not all together telling, info on the late Smith.

Thanks to Florida medical examiner Dr. Joshua Perper, we may have a new break in the cause of Anna Nicole’s death.Â

Perper admits to determining a cause of death, that is until he met with Chief Charlie Tiger of the Seminole Police Department this past Wednesday.Â

During theÂ meeting between Perper & Tiger, the chief revealed that he may have new evidence that needs top priority evaluation.Â  The new information that might leadÂ to a much-needed break in the case is being kept top-secret at the moment & will remainÂ confidential untilÂ Perper decides the cause of death.Â

Perper stated, “We exchanged information. They informed us about additional pieces of evidence that they have obtained.

“This is going to delay (things) for another week or two.”

As we all know by now, Anna Nicole Smith was found dead in her hotel room at the Seminole Hard Rock Hotel & Casino in Hollywood, Florida on February 8.

Let’s hope these guys can finally get together with an agreed-onÂ cause of death for Anna Nicole.