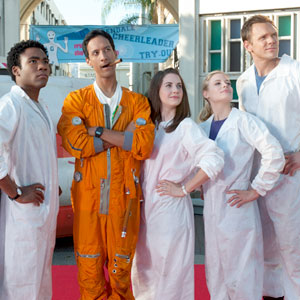 While the extra two episodes doesn’t necessarily mean the show will be renewed for a third season, it does show that NBC is at least interested in keeping the show on the air.
Community has faced tough competition from The Big Bang Theory and they have been considered “on the bubble” in terms of season 2 ratings.In any case, Community is one of the funniest, most original shows on TV and it deserves to continue.

Help Community stay on the air by tuning in Thursdays to NBC at 8 p.m.