.
You are here: Home / Who's Dating Who / Natalie Portman Back With Gael Garcia Bernal 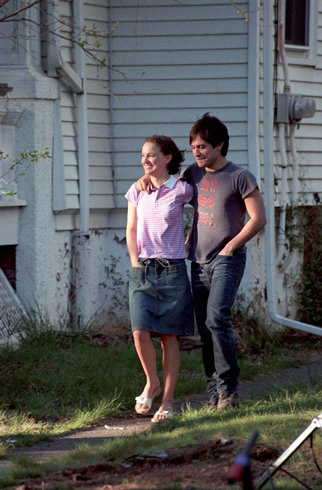 Well, it looks like V For Vendetta Natalie Portman has passed on potential Jake Gyllenhaal & gone back for second helpings of ex-boyfriend Gael Garcia Bernal ofÂ The Motorcycle Diaries & Y Tu MamÃ¡ TambiÃ©n.Â  The couple split in 2004Â follwing a short romance, but after aÂ recent string of datesÂ it looks like they’re back together.

One of Portman’s “pals” tells In Touch, “They really love each other. They had hit a point in their relationship where it just couldn’t go anywhere else and they just needed some time apart.”