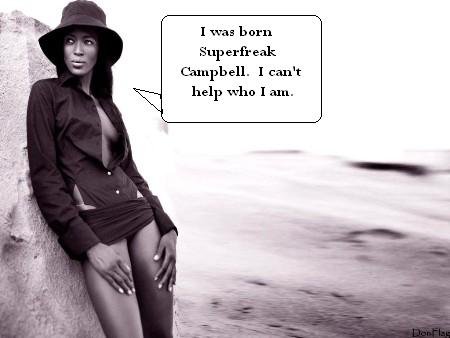 Superfreak Naomi Campbell has let loose on theÂ public at large, again.Â  When the catwalk queen landed in AustraliaÂ yesterday via Bangkok,Â Thailand (what in the hell was she doing there?), she loudly chided Quantas Airline employees for allegedly alerting the press that she was landing.

Naomi shouted at the airline attendant that was carrying her bags,Â “F**k off! I am never flying Qantas again!”

A Qantas spokesman responded by stating, “We are not aware of any issue Ms. Campbell may have had on her Qantas flight. And we’ve looked into all angles from departure to in-flight and arrival.”

Poor superfreak Campbell, she really has some issues.