.
You are here: Home / Celebrities / Nancy O’Dell Taking Over For Mary Hart On “Entertainment Tonight” 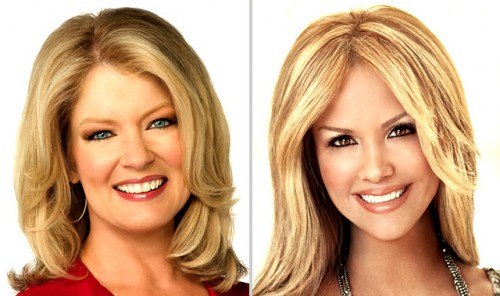 After CBS and ET announced the replacement both Nancy and Mary chimed in:

“Leaving this job was not an easy decision, but knowing I will pass the baton to Nancy O’Dell makes that decision much easier. Nancy is a talented and respected entertainment correspondent. We have spent many years working on opposite sides of the celebrity battlefield; I look forward to now working together, and I know the show will flourish with Nancy as co-anchor,” Mary told PEOPLE Magazine.

O’Dell chimed in with:

“I remember watching ‘Entertainment Tonight’ when it first premiered and dreaming about working for the show someday,” adding, “I am honored to be the one chosen to fill a TV legend’s seat and I hope I can do her proud!”

O’Dell will become a substitute co-anchor beginning in January and then when Mary Hart ends her 30th season in May, O’Dell will take over.