.
You are here: Home / TV / Mustafa Is Back And He Still Wants You To Smell Like Him [Old Spice] 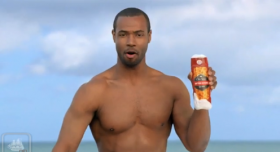 What do you think? Never mind I already know your response…It’s hilarious!