.
You are here: Home / Career Moves / Miley Cyrus Hangs Out with Lil Kim and Tiffany Foxx

Less than four years ago, Miley Cyrus was still being hailed as a country pop sensation. 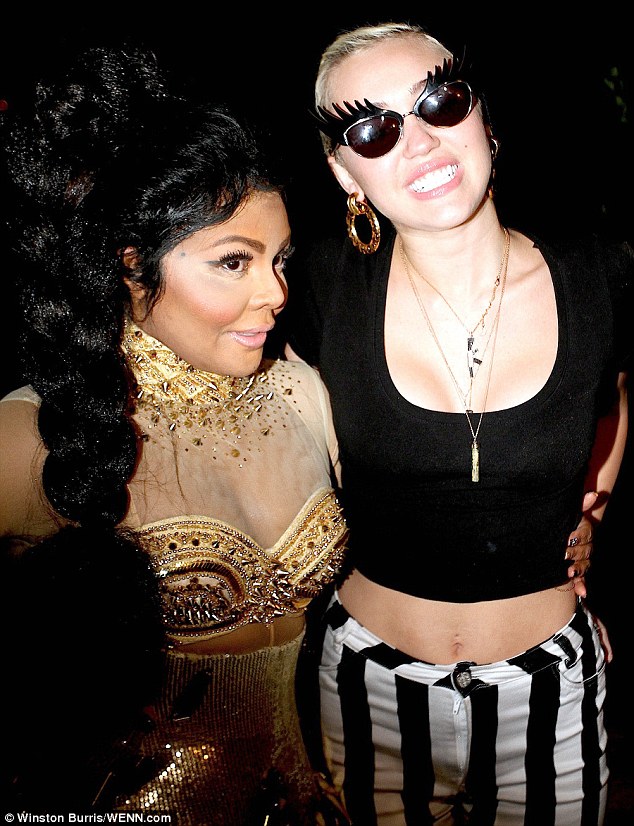 But these days Miley Cyrus has been boosting her hip-hop cred, shooting a cameo in a music video for Lil’ Kim and her protege Tiffany Foxx last Saturday. 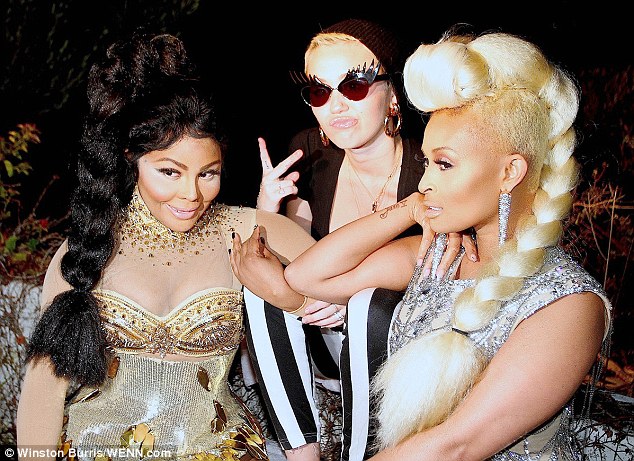 Miley Cyrus is definitely trying to expand her music, trying to veer a bit from her country music roots into hiphop terriroty. 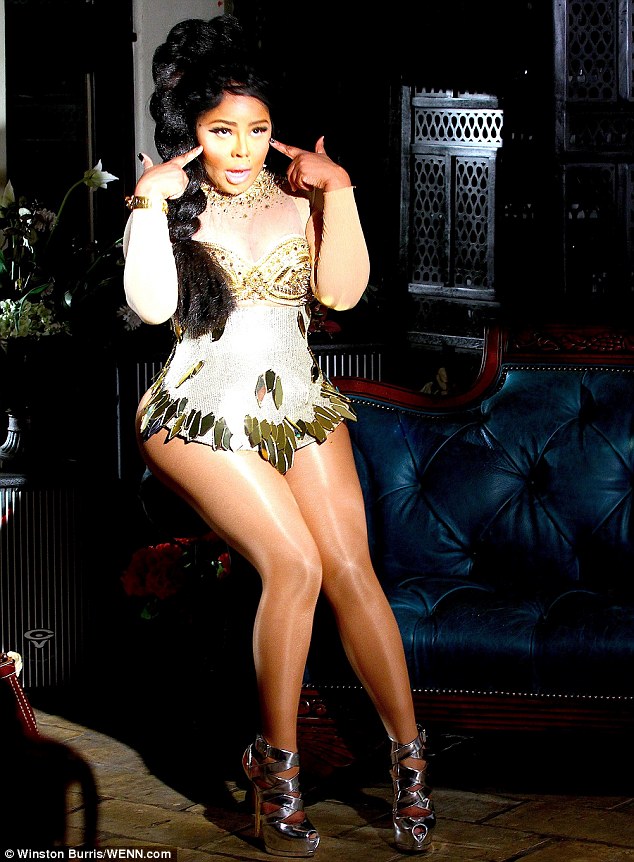 And what better way to get some street cred to rub off on her is by doing a collab video featuring Lil Kim and Tiffany Foxx. 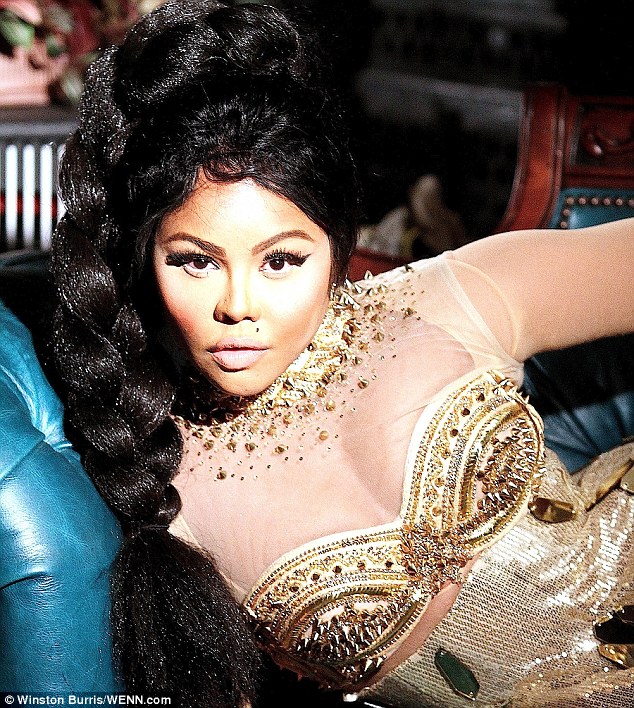 Ever since her new rockin’ updo, Miley has been busy making connections on Twitter where she struck up a friendship with Lil Kim. 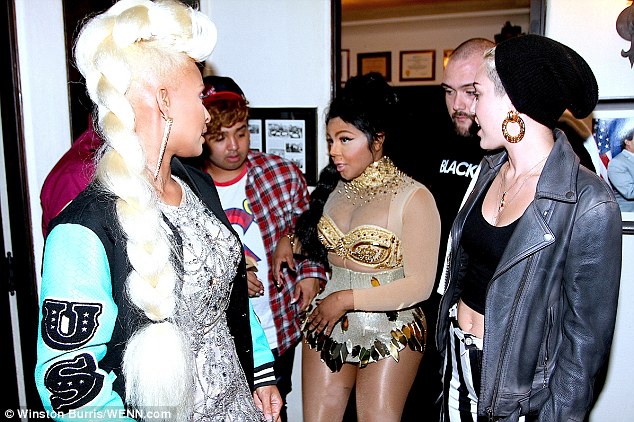 But it was an all-out fashion Blitzkrieg on the set as Miley was wearing large striped trousers looking like a Tim Burton caricature come to life while Lil Kim was going the Princess Leia route in a gold corset and  heavy fishtail braid. 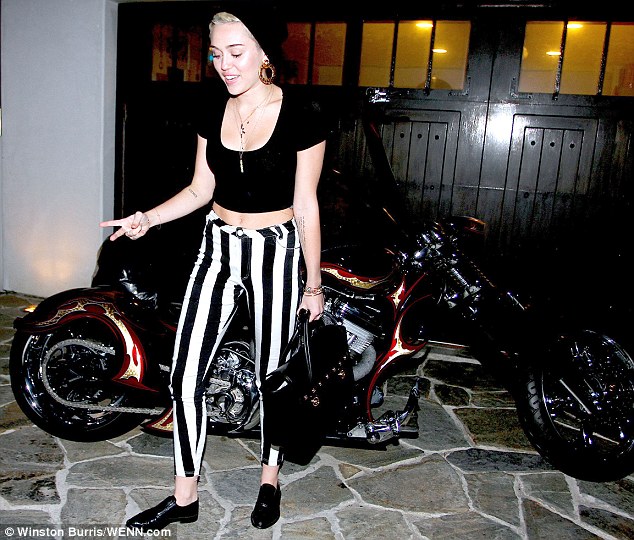 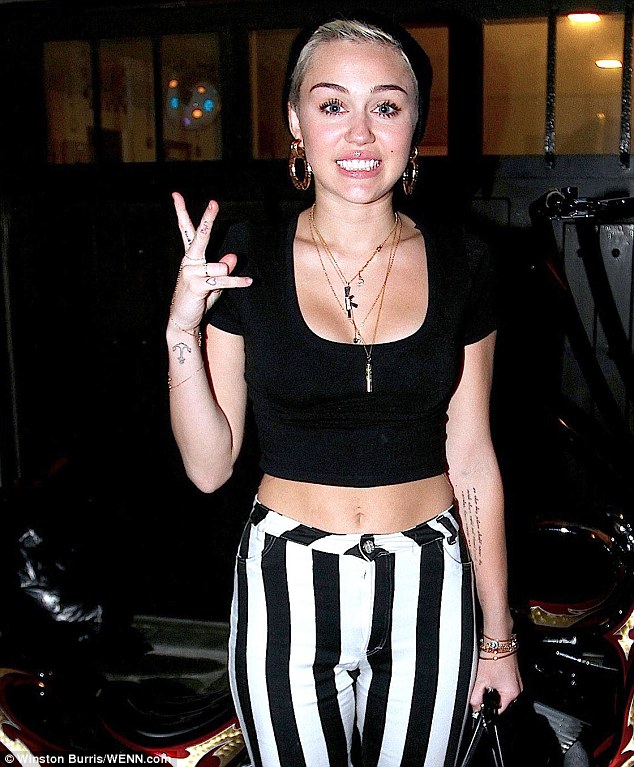 Gal pals: The unlikely friendship between the trio began on Twitter when they all started following each other last month. 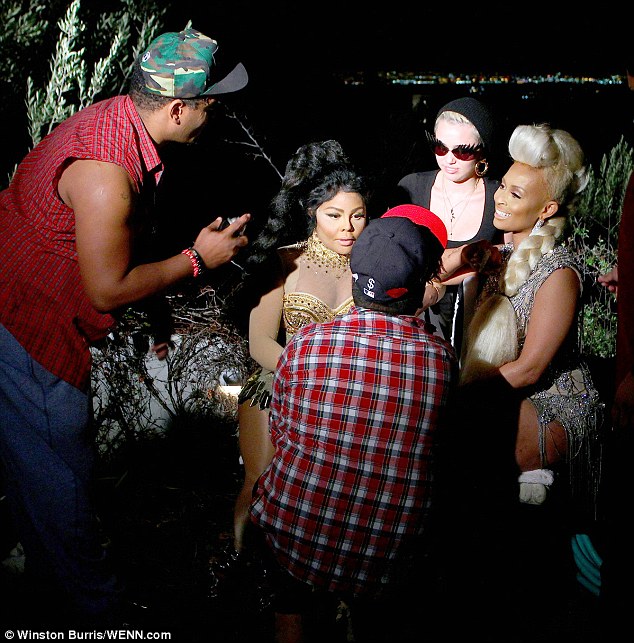 Striking a pose for the cameras as work for the video begins. 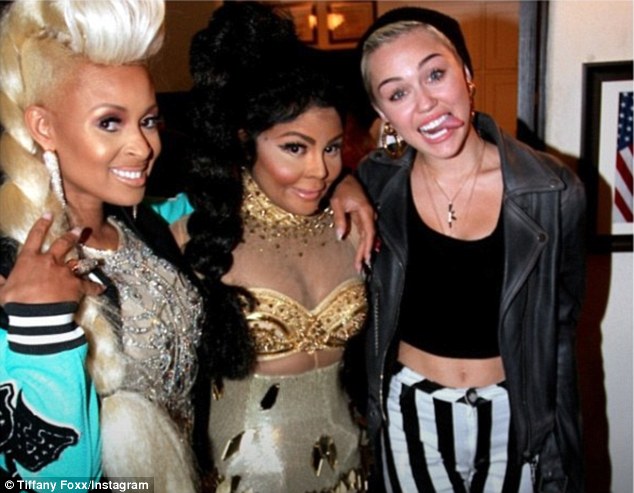