.
You are here: Home / Celebrities / Michael Douglas To Undergo Chemotherapy For Tumor 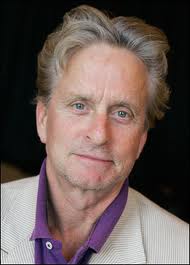 Michael Douglas has announced that he has a tumor in his throat which will require 8 weeks of chemotherapy treatment according to PEOPLE.

The 65 year old star says his doctors expect him to make a full recovery and in a public statement he said in regards to his treatment, “I am very optimistic.”

Douglas has not announced whether or not the lump is malignant or benign.

The treatment comes just ahead of his new films Sept. 24 release, that move “Wall Street 2: Money Never Sleeps” is the sequel to his hugely popular 90’s movie Wall Street.

Michael Douglas is married to Catherine Zeta Jones and they have two children together, Dylan Michael and Carys Zeta.