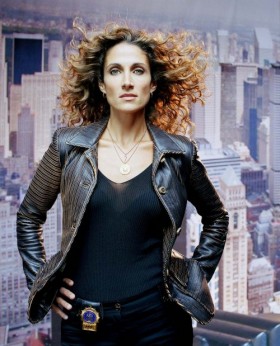 Detective Stella Bonasera will be leaving the crime lab. According to a recent report, Melina Kanakaredes is leaving CSI: NY after 6 seasons on the show.

The departure was Melina’s own choice after her recent contract expired.

“We hoped Melina would return to ‘CSI: NY’ for another season, but we respect her decision to move on,” while adding, “Her amazing talent and invaluable contribution to the success of the series are greatly appreciated and will not be forgotten.”

“I made some amazing and lifelong friendships during my six seasons on ‘CSI: NY’ … and I will treasure them forever!”

Actress Sela Ward is believed to be Melina’s replacement and the new parnter to Det. Mac Taylor played by Gary Sinise.

Production on the new season of CSI: NY begins on July 28th.