.
You are here: Home / Celebrities / Megan Fox Wants Gen 13 Role, If The Movie Is Ever Made. 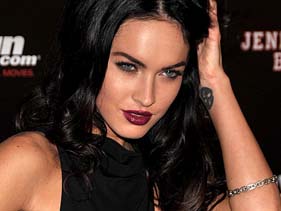 It should be noted that the sexuality of Rainmaker had been deemed early as a “lesbian” while in later issues she was said to be bisexual.

While Fox admits it would be a bit of a stretch for her to play an Apache she also noted:

“It would be a bit of a stretch — but if Jake Gyllenhaal can be the Prince of Persia, I think that I can do that.”

What do you think? Megan Fox as Rainmaker in Gen 13? Personally I wouldn’t mind, but I wouldn’t be in the theater to watch the movie as much as to watch Megan Fox.