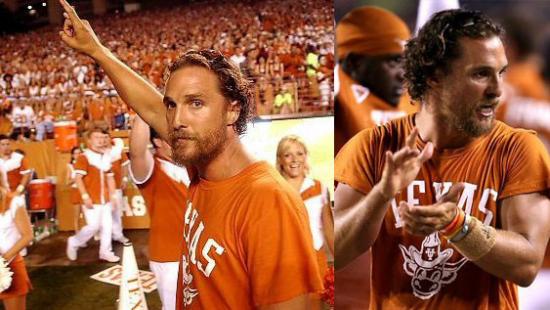 Matthew McConaughey, a Texas graduate &Â an avid football fan, tookÂ to the field an average Joe.Â  Or in this case, an average, cheeringÂ homeless Joe.Â  So much money & so much bad taste- what are we going to do with Matthew?Â  I have to say, it’s the first time in a while since we’ve seen him without hisÂ brothers in facial hair crime,Â Jake & Lance.

Hoping this Monday morning photographs will make you stop and think, “Man, I’m not looking tooÂ bad after all.”