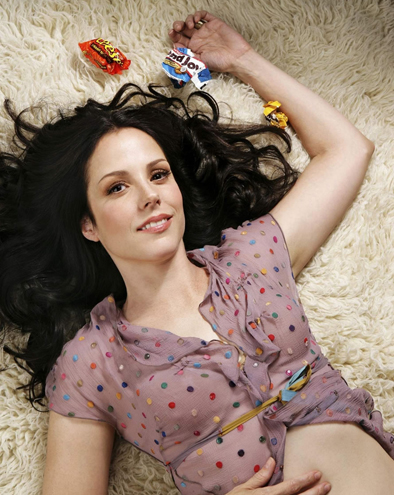 It’s so good to have Mary-Louise ParkerÂ back in the mainstream again.Â  After Fried Green TomatoesÂ back in 1991, I didn’t know ifÂ we’d ever seeÂ the brunette starlet again.Â

Parker’s new acting career has taken her to star in Showtime’s new series “Weeds”, which has caused some interesting encounters.

While at Fashion Week Tuesday, Mary-Louise revealed that she gets asked for marijuana quite a lot these days.

“A man pulled up in a car next to me the other day and asked if he could buy a bag of weed,” Parker stated.

“I was like, ‘No, I’ve got some graham crackers, though.’ I mean, I was holding a toddler [her 3-year-old son William Atticus]!”

But she thought she might have stumbled upon a business opportunity, so she calmly said, “Maybe he could roll up the graham crackers and smoke them.”

Ahhh, what a kidder that Mary-Louise Parker, you never know what she’ll come up with next.

What do you think of Parker’s new show “Weeds”?