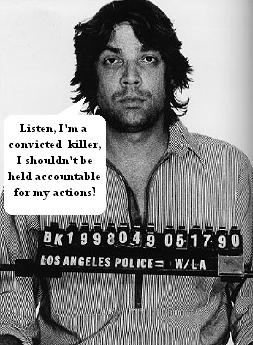 The lateÂ Marlon Brando’s son ChristianÂ allegedly stole his father’s address book of celebrity contacts and sold them to a mystery buyer for some spare change.Â  But what more can you expect of Christian, who spent 10 years in prisonÂ afterÂ he plead guilty to killing his sister’s boyfriend in the Brando family home?Â

ChristianÂ apparently got a hold of his daddy’s Rolodex, sold it to the mystery buyer who in turn put the celebrity-address-rich Rolodex on eBay with starting bid of $100.Â  Well, I guess that’s one way of selling a hot item.Â  I rather call it the You’re-A-Complete-Moron way of selling under-the-table goods, but maybe that’s just me.Â

The address book is believed to contain the personal phone numbers, email addresses & home addresses for more than 100 of the world’s most famousÂ political & entertainment figures.Â  It took Christian’s brother Miko’s swift work to get the book taken on eBay & alert authorities of the theft.

Celebrity agent Richard Smith refuses to give the identity of the buyer but states, “Christian sold it to an individual who had placed it on eBay.”

Keya Morgan, whoÂ writing a bookÂ with brotherÂ MikoÂ said, “I personally inspected the authenticity of the (Rolodex) and was shocked to see all the private cell-phone numbers, home addresses, personal codes of the most powerful people in the Hollywood–there on the Internet for the whole world to see at a starting bid of $100.

“I discovered most were still valid.”

David Seeley, the lawyer for the lateÂ Brando’s estate,Â is stillÂ trying to recover the missing Rolodex.Â  I hear a movie idea…. The Case of the Missing Brando Rolodex, starring Leonardo DiCaprio as the thief & murderer Christian.