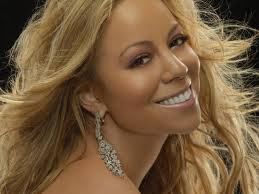 On Thursday Mariah Carey will appear on the Today Show and speculation is pointing to a pregnancy announcement for Carey and husband Nick Cannon.

The appearance coincides with Carey’s Nov. 2 release for Merry Christmas II which would be a great reason in itself to appear on the morning show, however sources close to the couple keep hinting at a baby for the happy couple.

Carey, 40 and Cannon, 30 have been married for 2 years. Friends close to the couple have hinted that a baby boy is on the way and that in vitro fertilization was undergone at the Southern California Reproductive Center in Beverly Hills

Cannon has said that the Mariah appearance on the Today Show will “enlighten people” which has led many people to speculate that the baby announcement will occur on Thursday.