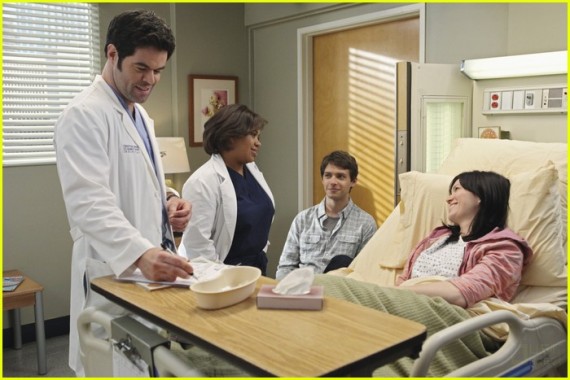 In 2006, back when Mandy was still dating Zack Braff, she did a cameo as his character J.D.’s love interest in the TV comedy Scrubs.

Now, the 26-year-old singer/actress, who’s happily married to fellow musician Ryan Adams, will be wearing another set of scrubs. Mandy has signed up for a guest appearance in the medical drama Grey’s Anatomy.

According to TV Guide, she’s playing Mary, a patient being treated by Chandra Wilson’s character Bailey in the upcoming season finale, which will air in the US on May 20.

Other than Mandy’s cameo role, I wonder what producer Shonda Rhimes has up her sleeve.