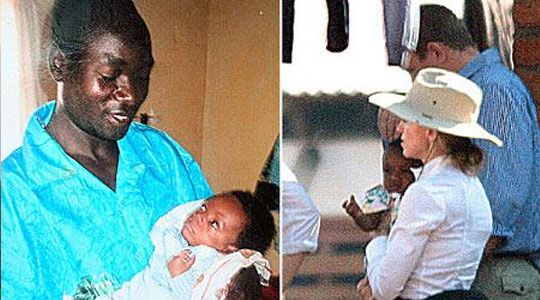 The boy, named David Banda, was accompanied on the chartered flight by two Britons & two Americans.

The Malawian immigration official stated that the saw the one-year-old’s U.S. passport and was under the impression that they were headed to England where Madonna has a home.

According to Madonna’s rep, “Madonna and her husband filmmaker Guy Ritchie have been granted an interim adoption of baby David by the courts in Malawi. He was issued a passport and a visa was granted earlier today which allows him to travel outside of Malawi.

“This interim adoption grants David’s new parents temporary custody for l8 months during which time they will be evaluated by the courts of Malawi per the tribal customs of the country. It is expected that the family will be reunited within the next few days. No further information is available at this time.”

Baby congrats to Madonna & her family.