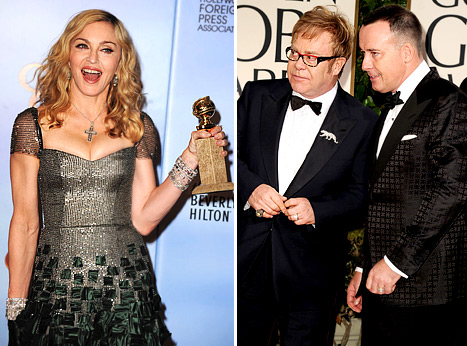 What do you do when two old queens feud? Stand back and wait for the fireworks.

That’s what’s likely to happen as the rift between Madonna and Sir Elton John got reignited at the recently held Golden Globes Award. Both artists were nominated for Best Original Song. Elton John fired the first salvo when he said that Madonna had “no *Bleep* chance” to win the award.

Madonna, not one to keep a slight unacknowledged, first asked if John was “wearing a dress” then said “let the best man win.” Madge would eventually bag the award for her song Masterpiece, which was featured in W.E, a movie that also marked her directorial debut.

Madonna gave an acceptance speech that featured her slight British accent. The whole brouhaha could have died there if not for Elton John’s husband David Furnish, who took to Facebook and said “Madonna. Best song???? F**k off!!!”

This time Madonna took the slight with a little more dignity, talking about Elton John, “I hope he speaks to me for the next couple of years. He’s known to get mad at me. He’s brilliant and I adore him. He’ll win another award so I don’t feel bad!” 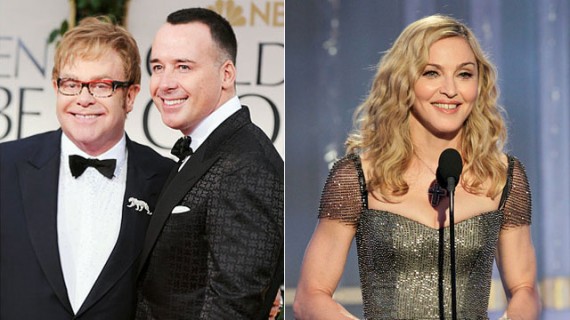