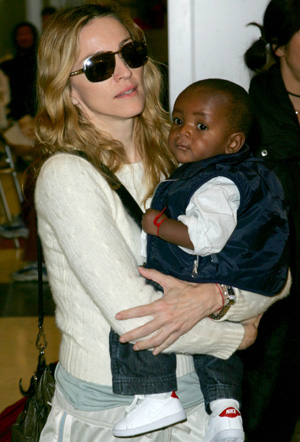 Pop queen MadonnaÂ dissed her baby’s daddy this weekend.Â  That’s kinda funny, seeing as how she reportedly agreed to a meeting with her adopted son David Banda’s biological father.

The trio were supposed to meet-up on Saturday, but a source at the Home of Hope orphanage in Malawi siad that the meeting was called off, and no reason given.

Ironically, Madonna was to meet with Nelson Mandela in South Africa after her visit with David’s father, but his people told her people that Mandela was just a wee too busy to see her.Â  Ha!Â  Karma’s a bitch, eh?