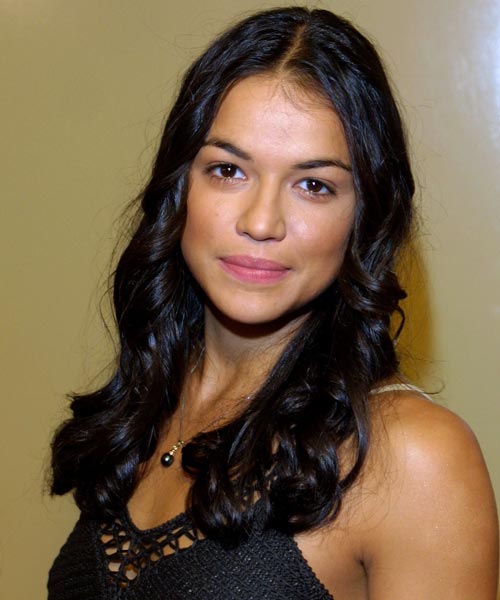 Well, since Michelle Rodriguez loved jail the first time, being sentenced to 60 days in prison shouldn’t be so bad.Â  The Lost star is heading back for time for violation of her probation.Â

Rodriguez was arrested in Honolulu on suspicion of drunk driving last December.Â  The arrest came just six months after she had pleaded no contest to a hit & run, drunk driving & driving with a suspended license in Los Angeles.Â  Rodriguez was placed on probation following the arrest.

I have to say, I doubt Michelle will be as chipper as she was the first time she got out of jail.Â  Maybe she & Charlie Sheen can be pen pals.Â  Get it, PEN pals?!Â  I kill myself.Â