She wasn’t just known for hits such as “Do You Sleep?” and “Stay.” In the ’90s when the likes of Alicia Silverstone and Liv Tyler ruled TV land, it was indie rocker Lisa Loeb who made geeky look sexy. Her iconic cat-eye glasses helped turn her into one of the most recognizable music icons of the MTV generation.

After attempts of reviving her career with reality shows, a children’s CD, a book, and under-the-radar projects, she’s finally doing something that may actually bring her back in the game—an eyewear collection.

Loeb’s new project will turn her into the cat’s meow.

“Seriously, why didn’t this happen 12 years ago?” wrote Frank Gargione of Racked.com. “Something about this collection—even though it might be a few years past Loeb’s mainstream expiration date—really makes sense to us.”

She has partnered with Classique Eyewear to create the LL Collection, which will be available in spring 2010. “People have been asking me about my eyewear style for years. Finally I decided, ‘Why not design my own line so other people can see the world like I do?’” she said. 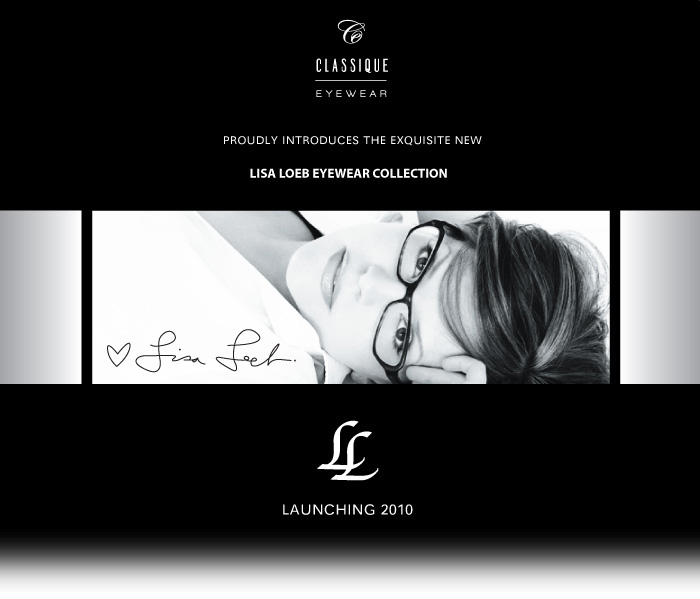 According to her official website, each frame will bear the title of one of her popular songs, and the colors in the line are inspired by her love of food and culinary arts. “Think sexy librarian, not retro grandma,” Loeb added.