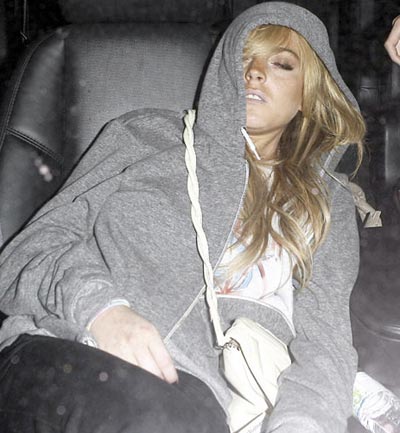 Just like an older sibling ruining the way for the younger ones, Lindsay Lohan may have ruined Los Angeles’ hotspot Les Deux’s reputation.Â  Hours before LL crashed her car & received a DUI for her trouble, Lohan had reportedly been partying at the nightclub.Â  But according to the owners, Lohan wasn’t boozing it up at their joint.

“Les Deux is a restaurant, open five nights a week, and there is no age limit for our patrons. Lindsay had dinner at Les Deux that night and waited for friends to pack up the DJ supplies, thus leaving Les Deux after closing. Because of the enormous paparazzi presence outside of Les Deux that night, we allowed her to stay late and wait for her friends. She was not drinking at Les Deux, and left driven by her driver.”