.
You are here: Home / Celebrities / Lindsay Lohan’s House Gets Egged Then Vandalized 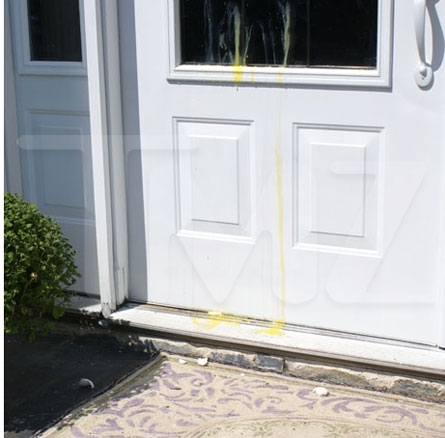 What do you give to a recently released convict? In the case of Lindsay Lohan you can start with a dozen or so eggs. According to a report filed at the Nassau County Police Department and discovered by TMZ that’s exactly what happened when unidentified vandals approached her home on August 31st and threw eggs at her front door.

One week after that incident the train wreck of a stars mailbox was ripped out of the ground.

At this time authorities don’t know if the two cases are tied together in some way, but more important, who files a police report over an egging? The mailbox vandalism I understand, but seriously for an egging? She’d probably do the same thing for a bit of T.P.

Dina Lohan chimed in, stating that she didn’t know who did it, but really she probably just wanted to hear herself talk.