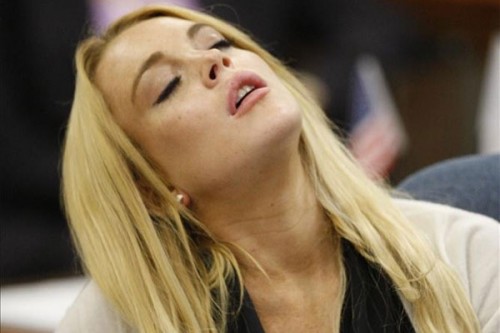 It’s being reported that Lindsay Lohan has failed a mandatory drug test, part of her requirements for probation. According to PEOPLE Lohan is rumored to have tested positive for cocaine.

Lohan was just released from the UCLA Medical Center on August 24th after serving just 13 days of a 90-day jail term for a DUI probation violation.

If the rumor is true, the violation of her drug testing could send Lohan back to jail for up to 30 days, or in L.A. speak, a few hours of jail time before being released due to overcrowding.

The test was administered by Lohan’s probation officer, however she Lohan has denied the positive test results, saying of the incident:

Random drug and alcohol testing are currently part of Lohan’s treatment, if she can’t even go a month without failing a test, perhaps it’s time to send her back to jail for her full allotted time.