.
You are here: Home / Celebrific Sighting Pictures / Lindsay Lohan Out of Rehab & Into Las Vegas 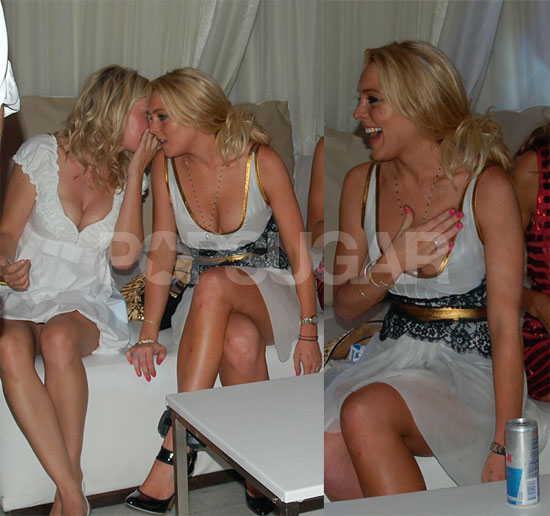 Well, it only makes sense to pop out of Promises rehab center & back into civilization via Las Vegas, right?Â  I mean, if you’re Lindsay Lohan that is!

Lohan has officially left Promises after 45 days of rehabilitation.Â  LL flew off to Las Vegas to hit club Pure where she was spotted celebrating her pal’s birthday where she herself had planned to spend her 21st birthday bash.

But it looks like things might be looking up for the teen queen, for now anyway, as Lohan has apparently decided to wear an alcohol monitoring bracelet.Â  So, no more hiding the good stuff in water bottles it would seem….

Thanks to PopSugar for the pics.