.
You are here: Home / Celebrities / Lindsay Lohan Heading Back To Jail For 30 Days 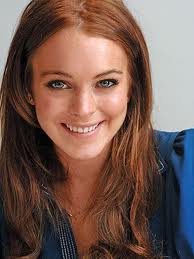 Yesterday we reported that Judge Elden Fox would probably set a probation violation hearing for Lindsay Lohan sometime in October, allowing her to roam free after her most recent positive cocaine test. It was believed that her misdemeanor status for a positive drug test would mean she couldn’t be held until her new hearing, apparent that was incorrect.

Judge Fox today sentenced Lohan to return to the Century Regional Detention Center in Lynwood, California with no bail. The sentencing comes after a failed cocaine test followed by a failed amphetamines test.

Fox ordered Lohan to jail as she awaits her Oct. 22nd hearing. While overcrowding is an issue, with no bail set, there’s a possibility that Lohan might spend more time in jail than expected. Although she will probably still be released due to overcrowding.

“Regrettably, I did in fact fail my most recent drug test and if I am asked, I am prepared to appear before judge Fox next week as a result.”

Judge Fox actually removed Lohan’s probation on Monday, but waited until Friday morning to issue a bench warrant for the actress.

As always Lohan this morning was accompanied by her mom Dina while her father Michael sat in the back of the courthouse.

Lohan has already been released two times early for over crowding, her longest stay being just 14 days…good for you Los Angeles prison system…this is how rehabilitation happens!

I asked this the other day, but for everyone in California, how does your three strikes law work again?