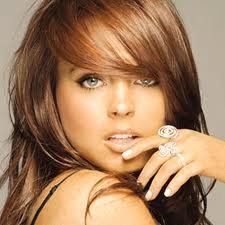 The Los Angeles court system might quite possibly be the worst in America, when they sentence people they rarely serve anywhere close to their full time and when their out on probation and fail drug tests they do very little about it.

TMZ is reporting that Lohan will not serve 30 days in jail for her recent cocaine drug violation. TMZ says Judge Elden Fox will not make Lohan sit behind bars for 30 days when she would be in front of the court for a new hearing. The move would have been a sure way to keep Lohan behind bars despite over crowding, but is not allowed under current law.

Apparently Fox can’t sentence Lohan without bail since all her offenses are misdemeanors, I guess it’s too bad she didn’t have the cocaine on her with enough to hit her with a distribute charge.

More than likely tomorrow’s court case will be short with Fox setting a formal probation violation hearing for sometime in October 2010, then Judge Fox will set bail after remanding Lohan.

It’s also reported that Lohan will have a bondsman in court with her to take care of the payment on the spot so she can be released immediately.

For those of you who are as pissed as I am that she isn’t being sentenced yet, I wouldn’t fret, Judge Fox will more than likely sentence her to the full 30 day jail term next month when Lohan has her probation hearing.

Let’s see if the California penal system keeps her in jail for more than a few hours during that newest stay, we know how they love to throw around the word “overcrowding” especially when celebrities are involved.

How does the three strikes rule work? Just curious.