.
You are here: Home / Celebrities / Lindsay Lohan Dresses Classy For Court, No Bra Is Classy Right? 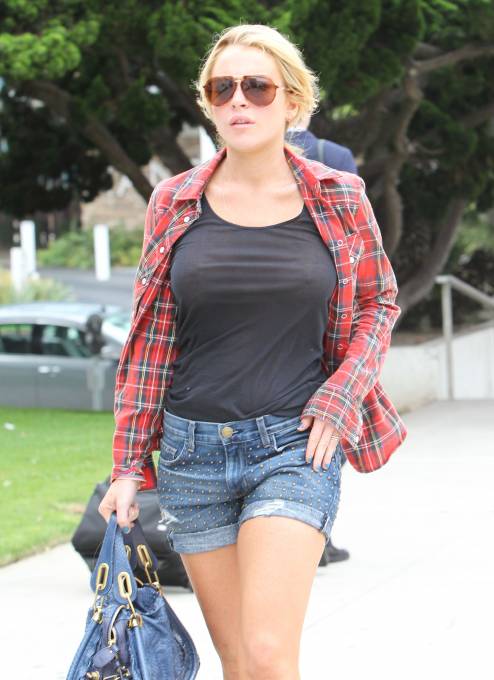 Lindsay Lohan showed up in court today wearing jean shorts, a flannel shirt and what appeared to be a rather light sheer top. The most shocking part? She didn’t appear to be wearing a bra.

Now before I get attacked by feminists who shout from the hilltops that she has the right to choose if she wears a bra or not, I have no problem with that choice, but some judges may and it’s not a very court appropriate outfit for someone who can afford to dress up nice when going in front of judges who already have a problem with her.

Sources at the courthouse say she wasn’t there that long and according to CelebritySmackBlog, they didn’t see the tears she was rumored to have when leaving the courthouse.

What do you think about the outfit? She actually looks good for just having gotten out of jail.