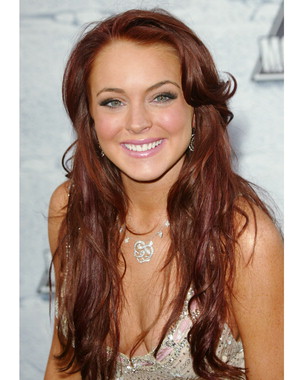 Lindsay’s finally dropped the “good girl” act. On a recent trip to Italy, where she attended the Capri Hollywood Film Festival (with the Golden Globes disaster, that’s about the only awards party worth attending), she was spotted making out…not with one… not with two…but with THREE different men. All in 24 hours.

The first guy, a waiter/musician, said she followed him around and asked him if she could kiss him. Â Later, they talked about her problems. “What struck me was her intelligence,” he said. Yeah, and her ass.

She later kissed two actors, and invited the last, a certain Dario Faiella, to her hotel room. The two were spotted early the next morning (Lindsay half-naked) on her balcony.