.
You are here: Home / Celebrities / Larry Wachowski As Lana Wachowski 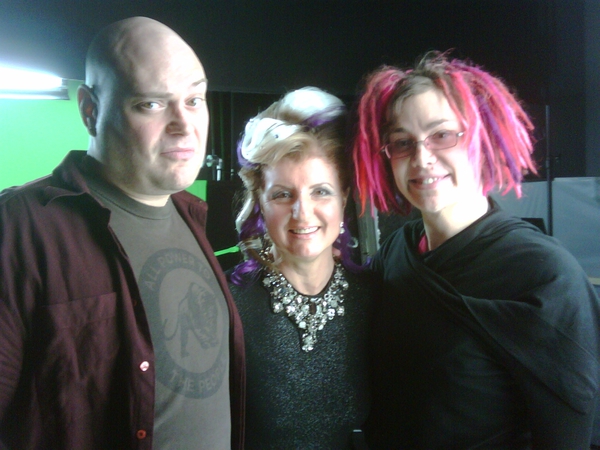 Here is the first public pic of Larry Wachowski being Lana Wachowski. You read that right, one of the guys that created one of the greatest male trilogies of all time, The Matrix, is now mentally and biologically a woman. You now know who to blame for that horrible love scene in the second movie because no guy would have come up with that trash.

Am I saying a woman can’t make a great action movie? Of course not. I expect Lady Gaga to produce one any day now and it will be stellar. Full of testosterone and jugs.

There is another Matrix joke to be made here, but I just can’t find it at the moment. Maybe he should’ve taken the blue pill? Was there a reason Neo and Trinity had the same haircuts? He didn’t change into a woman, he Morpheused into one.

Okay I’ll stop. To make up for it, I’m gonna let you watch a video of Matrix mistakes narrated by Speedy Gonzales.